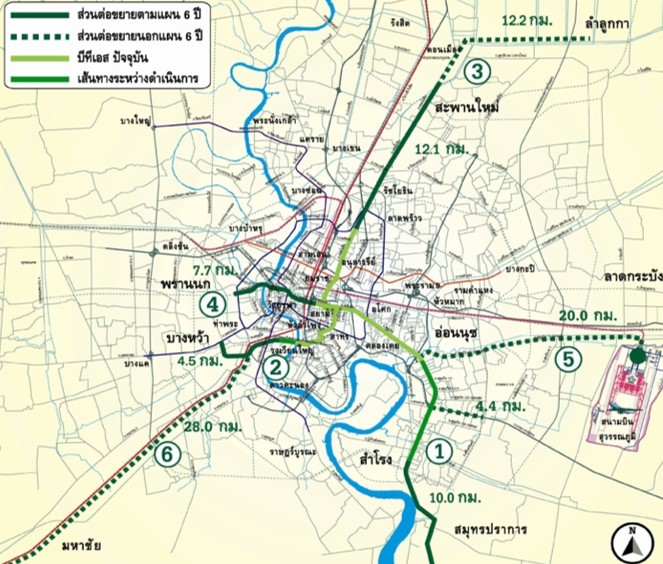 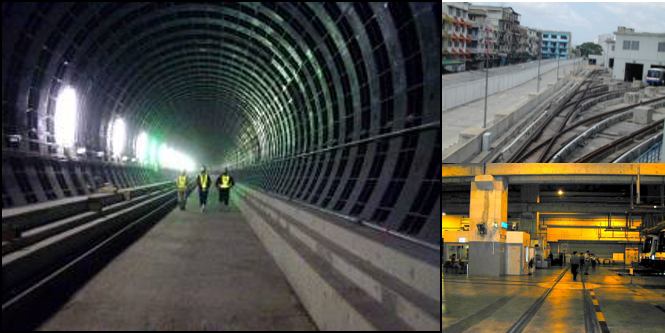 In 2003, OTP desired to prepare an implementation plan for the master plan. The project started on March 31st, 2003 and finished on April 16th, 2004. The study recommended extending the existing track network from 44 kilometers to 291 kilometers long within 2009. The new system will cover whole Bangkok especially 20 kilometer radius from Central Business District (CBD) and high density residential area.

On February 23rd, 2004 at the Cultural Center subway station, the committee presided by the prime Minister approved the plan and budget for the 291 Km. Bangkok Mass Transit (BMT) network in Bangkok and its vicinity.

Bangkok Metropolitan Administration (BMA), who is assigned to prepare green lines in the BMT had an intention to provide the feasibility study of extension plan for the mass transportation system, and the possibility of connecting extension part to the existing system. Therefore, a group of consultant is granted to do the study. The study will alsopropose an in investment plan and financial feasibility study.

In this project, Feasibility Study and Environmental Impact Assessment of six MRT extension lines, 95.8 km. will be prepared. Thirty one km. are in BMT Implementation plan phase 1 for first 6 years